We have been using Teamwork to support project working for a few years now. One of the things that’s most exciting about Teamwork Projects is that it is constantly changing, updating and improving. Even though each of these does not necessarily lead to the other, the broad direction of flow is to consistently add tweaks and larger new features that improve the overall experience.

One of the newer features Teamwork introduced recently was the board view for tasks, something that users had been crying out for, and has now finally been added. It’s really good and has been launched as a well rounded set of changes that users can really get to grips with.

What I have been more interested in lately however is one of the smaller changes that has been made, which when looked at objectively might not seem much, but is actually pretty powerful when applied as part of a project development workflow. Put simply its’ a ubiquitous shortcut for task creation (cue fireworks). Now a lot of people might not get excited by this, but when you tie it in to one of the other features of teamwork it becomes very handy indeed. (example here?)

The teamwork product incorporates a notebook function, which is in effect an HTML driven collaborative content creation area. It allows multiple users to edit a notebook to create and manage content. You can apply basic formatting and be informed of the changes and apply versioning control etc. So far, so standard, we have used this to capture change control information and knowledge transfer to maintain things like activity lists for software upgrades, and it’s worked well.

Now however the Teamwork team have extended the task creation shortcut to cover the notebooks, and through the use of a simple keyboard shortcut. Previously it was a bit of a fuss, copying text and moving to the tasks view to add a new task by pasting the information in. It could be made easier by having a couple of browser tabs open, but unless you were a dual screen geek like me, it was still a bit of an agitation.

Now with the introduction of the simple keyboard shortcut (Q T), you can be anywhere in the Teamwork interface, highlight some text, activate the shortcut and boom (as the late Steve Jobs would say) you have a new task created. This just shaves time off the process and makes things a bit easier - you can keep scanning through content, highlight, create and move on all in the same window. It feels much more productive, basically because it is.

I was discussing this change with my colleague James recently when he was looking for a short term fix for some collaborative content creation for a large group of people. They needed to pull together a transition plan for moving to a new shared service. We kicked around a few of the different options which were available to support this, but they all rapidly became very expensive when you started to scale up the number of people involved in the process.

Teamwork applies a different approach to its licensing, rather than charge you on a per user basis, you buy the service depending on how much space you use, and which features you want, but can pretty much give any number of people access to a project space without horrendously inflating the cost.

When you tie this together with the simplified process for creating tasks from notebooks, you get a simple but powerful workflow for project development. Invite in all the people you want to be involved in drafting the narrative for the planned activity in the notebooks. They can highlight or bullet point out tasks for each area as necessary, or just include it in the text if required. The project lead can then come along and quickly construct the tasks from this content using this keyboard shortcut outlined above. The same process can be applied for Sprint planning and allows team members to be engaged even if they have to be off site for some reason.

It might not seem like much but it really helps to maintain focus as you work through content, and it has the added value of requiring minimal end user training for those people creating the content as nearly everyone these days has experience of inputting information into an online WYSIWIG form.

If you would like to know more about how we work with these tools or how we could support your organisation in managing knowledge and planning, peruse our pages or drop us a line. 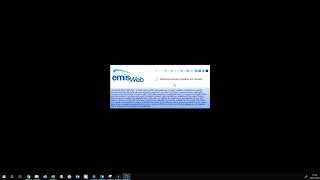